Unusual Occupations in The Royal Household

Jun 1, 2012 / Comments Off on Unusual Occupations in The Royal Household 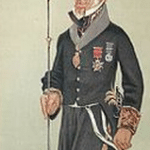 The Royal Household lists a number of ‘unusual’ occupations, so here is a quick look at what some of them are…. ‘Black Rod’– we are most familiar with Black Rod at the State Opening of parliament but what is his role in the household and the history behind it?

Black Rod is best known for his part in the ceremonies surrounding the State Opening of Parliament and the Throne Speech. He summons the Commons to attend the speech and leads them to the Lords. As part of the ritual, as Black Rod approaches the doors to the chamber of the House of Commons to make his summons, they are slammed in his face. This is to symbolise the Commons’ independence of the Sovereign. Then in a very bold way Black Rod  strikes the door three times with his staff, and is then admitted and issues the summons of the monarch to attend. The door is heavily marked from the striking by the rod.   Completely different, ‘Flower Painter in Ordinary‘, exactly what it says, a person appointed to paint flowers for the Monarch! 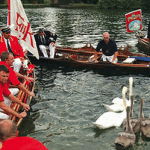 The Keeper of the Swans, this is an ancient office dating back to the C13th. 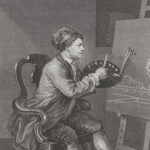 Lastly, for this post, the occupation of ‘Serjeant Painter’.

The post itself fell out of use in the 18th century, which is a shame because for Queen Elizabeth’s Diamond Jubilee celebrations the barge she will be sailing down the Thames in will be resplendently gilded and painted. Follow this link to find out more about the archives of the Royal Household