A great period of change was happening in the British countryside during the late 16th and early 17th century. Up until this period, British agriculture was by and large farmed on an open field strip system.

There were large agricultural areas which a local village population was allowed to farm for their own needs. Many of these waste and common areas could be used for grazing animals, harvesting meadow grass, catching fish and for collecting firewood. It was vital for rural communities to have such access to land, without it they could starve to death.

The start of the enclosure movement began as land owners wanted to realise more profit from their land. It was a patchy affair to start with but if you were caught in its trap, it was fairly devastating. The later Enclosure Acts that came about during the Industrial Revolution had an even more devastating effect but this early enclosure had its own ramifications.

Beyond enclosure, Britain at large was going through a particularly tough time. Bad weather had brought poor harvests, which in turn sent prices rocketing for what grain was available. Hunger and high levels of unemployment all added to the general misery felt amongst the labouring poor. If they could no longer feed themselves on the marginal farming areas they had no choice but to move away from the countryside to the towns, where they hoped for gainful employment. 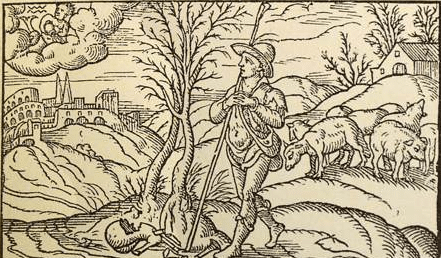 Things became so bad in the Midlands that in 1607, during the reign of King James I, a massive opposition to the enclosure of the land took place. Over a thousand people turned out in what would become known as the ‘Midland Revolt’. It wasn’t just farmers who were rioting though, all trades people were affected by the depopulation of the countryside that enclosure caused.

So what did those involved in the Midland Revolt want to achieve?

It was quite simple, they wanted to level the enclosures by digging them up. For this reason they were called ‘Levellers or  Diggers’.

King James I gave an order for the rioters to be dispersed. The rioters wanted the King to put a stop to the enclosures but in 1607, violence erupted in Northamptonshire and over a thousand levellers, led by a tinker named ‘Captain Pouch’, or John Reynolds. After a pitched battle at Newton, near Kettering, in which about fifty people died. The army were more than a match for the levellers and the the riot put down. King James handed out a swift punishment, he felt them to be treasonous and many, including Captain Pouch, were hung, drawn, and quartered. Not all of the levellers were men, women were also involved in the cause, enclosure affected everyone. The whole had an unsettling effect within the country and King James, feeling under threat, issued a royal proclamation on 28th June 1607 to look into reforms.

The involvement of Shakespeare and the Midland Revolt

Shakespeare wrote King Lear between 1606 and 1607, caught in the middle of the Midland Riots, he references the actions around him in many and subtle ways.  He himself, in 1614, was involved in a land deal in which enclosure became an issue. Shakespeare bought a half share in a lease of tithes at Welcombe near his home town of Stratford- Upon- Avon. A man called William Combe, himself a land owner, wanted to enclose all the land in the area and place sheep on it. Shakespeare, although assured that his tithes would not be enclosed, was unhappy at the lands of Welcombe being enclosed. 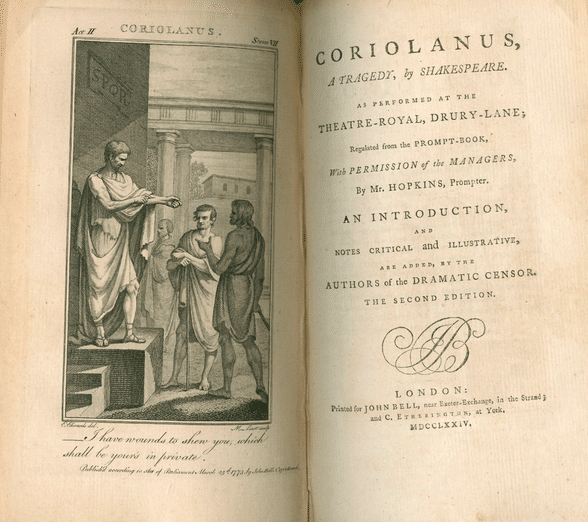 Shakespeare uses the enclosure movement in various guises in his plays, drawing on the situation he was observing in his native Warwickshire and further afield and referring back to instances in history where the revolt of the people could have turned the tide of history.

‘And never yet did insurrection want such watercolours to impaint his cause. Nor moody beggars starving for a time of pell-mell havoc and confusion’

In 2 Henry VI, Shakespeare refers to enclosure and vagabondage in Jack Cades tale but it is in Coriolanus written in the year following the Midland Revolt of 1607 that he uses his art to consider the problem of enclosure and famine and the impossibly high food prices, followed by riots. His source, Plutarch’s ‘Life of Coriolanus’ is used to reflect the crisis in England. In the play, Coriolanus faces a mob who revolt against unfair grain prices, lack of government intervention too prevent people from starving, hoarding by the rich whilst the poor starve. Shakespeare crams all the issues of the day in, to make his point.

‘the rich ‘ne’er cared for us, yet suffer us to famish, and their store-houses, crammed with grain.’

Shakespeare, in this play, left no doubt in the minds of his audience, that the autocratic Coriolanus, who was deaf to the ears of his starving people was a representation of the undeniably terrible suffering occurring in England and the Midland Revolt that ensued in 1607.