Introduction of the smallpox vaccine.

The smallpox vaccination 1853 was made mandatory in Britain but it was not met with universal glee.

The Smallpox Vaccination Act of 1853 ordered mandatory vaccination for infants up to 3 months old. The laws were met with immediate resistance from people who demanded the right to control what entered their bodies and those of their children.

A method of prevention was introduced in the early 18th century by Lady Mary Wortley Montague, it was called inoculation but it was of limited use, the mild case in the inoculated person could spread the disease to others. The work of Edward Jenner and the cowpox inoculation changed everything. The new method of vaccination spread quickly although slower in Britain than it should have done.

Opposition to the smallpox vaccination

Many were opposed to the vaccination, parents especially, were scared and worried about the effect this new method of controlling the disease might have on their children. It seemed counter intuitive to many and some were offended by the idea that something derived from a cow should be injected into the human body. There was distrust and alarm in equal measure. Others saw the disease of smallpox as part of God’s ‘natural system’.

Many were distrustful about medicine in general and who can blame them, the spread of common diseases such as cholera was widely misunderstood by the experts.

Lastly, many people objected to vaccination because they believed it violated their personal liberty. This concern became heightened as the government developed mandatory vaccine policies.

Those refusing to allow their children to be vaccinated, were fined. 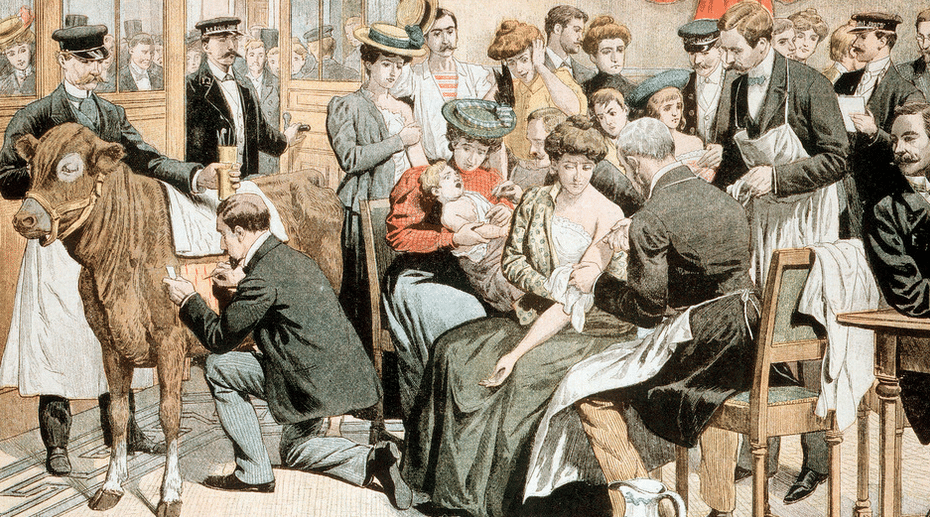 Vaccinations caused concern amongst many