The Suffolk Regiment is an Infantry unit of the British Army. It was raised in 1685, made up of men from the East Anglian counties of Suffolk and Norfolk, against the threat of a Monmouth Rebellion.

The Suffolk Regiment is also the senior Gibraltar Regiment and the Gibraltar Castle can be seen in the centre of the badge.

During WWII, the regiment fought in the defence of Singapore. They were forced to surrender and suffered terribly as prisoners of war and few of the men from the regiment survived. 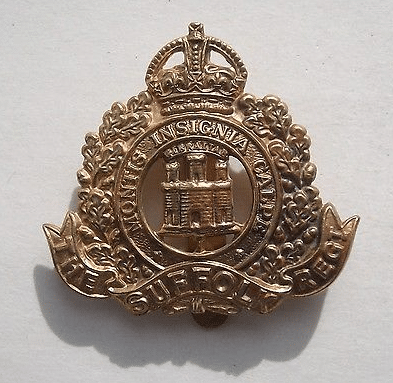