The importance the British set upon its ships and hence, control of the seas is revealed in the ‘Mast Trade’.

The British looked to her colonies to supply what she could not produce at home and the rich forests on the Eastern board of America were ideal pickings.

To protect the trees for the Navy, the tallest straightest white pine trees were marked with the King’s mark and no one was allowed to cut down the tree for any other purpose. This obviously did not please those settled in the areas of Maine and New Hampshire, where this wood was sourced. To ensure the trees were not removed for other purposes, the British Government appointed surveyor generals who would work with the mast agents appointed by the firms contracted to supply the timber.

The mast trade was a lucrative trade, while it lasted. 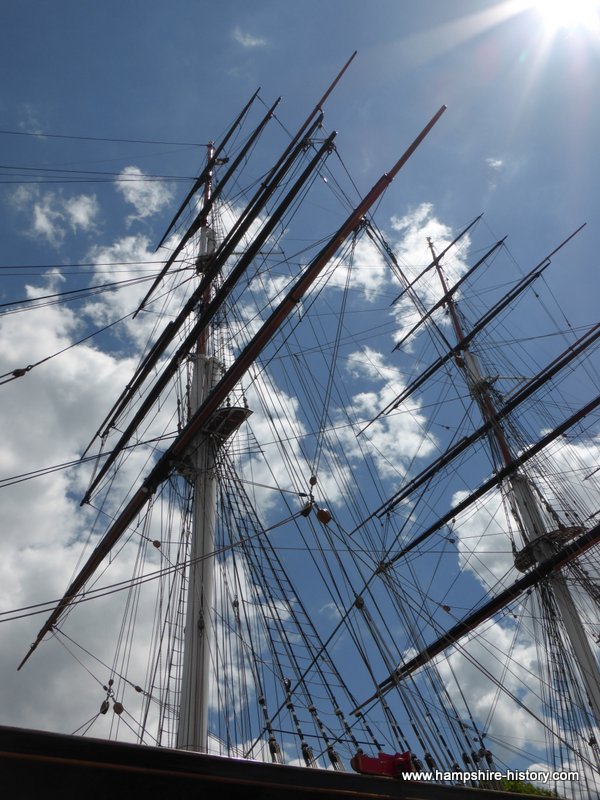 By the end of the C18th the stock of long grown wood had all been removed, what seemed like an endless supply had been depleted.

This intriguing document shows just how important the trade was to the Royal Navy, this was written into the Massachusetts Bay Charter in 1691:

“For better providing and furnishing of Masts for our Royal Navy wee do hereby reserve to us Our Heires and Successors ALL trees of the diameter of 24 inches and upward of 12 inches from the ground, growing upon any soils or tracts of land within our said Province or Territory not heretofore granted to any private persons. We doe restrains forbid all persons whatsoever from felling, cutting or destroying any such trees without the the Royall Lycence from us Our Heires and Successors first had and obteyned vpon penalty of Forfeiting One Hundred Pounds sterling vnto Ous Our Heires and Successors for every such Tree soe felled cult or destroyed without such Lycence ”
The Charter of Massachusetts Bay – 1691