King Henry I Son of The Conqueror 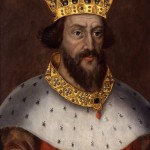 Henry I King of England, 4th son of William I

William the Conqueror (1068-1135) he had been a brilliant Duke and Monarch if brutal as was required to manage the unruly tribes of Britain. His heirs and successors were not so straight-forward.

Henceforth the real troubles begin…This is just 1 generation down from William I’s reign and the problems that follow show what a strong leader William I must have been.

How do the Monarchs reflect the foundations of our lives and British society over time? That’s part of what we wills eek to explore as we have found that a working framework of what happens when is helpful in considering why Britain is as it is today and maybe what happened to your family along the way.