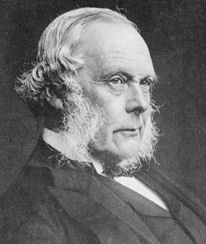 The eminent surgeon, Joseph Lister, introduced new procedures for cleanliness during surgical procedures, after experimenting with Pasteur’s work on microbes. Lister had been concerned for a long time, that patients were dying in hospital, of a fever known as ‘ward fever’ that had nothing to do with the condition they had presented with at hospital. He thought that the fever was caused by the surgery itself.
Pasteur’s work, encouraged Lister to experiment by applying chemicals to the wound and therefore to the microbes therein. He soaked dressings in carbolic acid and found that the infection rate was dramatically reduced.
He went on to introduce hand washing with carbolic soaps and sterilizing surgical apparatus.
Infections rates and death rates in hospital went down and Lister became known as ‘the father of antiseptic surgery’.