There is a great deal of ‘historic gold’ in old books

Plucked off the lower reaches of old book stores and charity shops, old books are brimful of anecdote and historical facts, that have become lost in the passage of time. Many of these tomes contain flecks of gold but sometimes there is a golden nugget in amongst them. Several weeks ago my sister phoned and sent me off to a local charity shop, where she had spotted someones collection of books on London. That someone turned out to be Colin Sorensen.

Colin Sorensen 1930 – 2001, was curator at the London Museum, and then the Museum of London. He was an exceptional man, an artist whose talent to design radically different (for his time) gallery displays, which influenced museums around the world. This talent, was coupled with a grand passion for London and its history. He was responsible for engaging the public in a hitherto before, unseen way, with the history of this remarkable city. 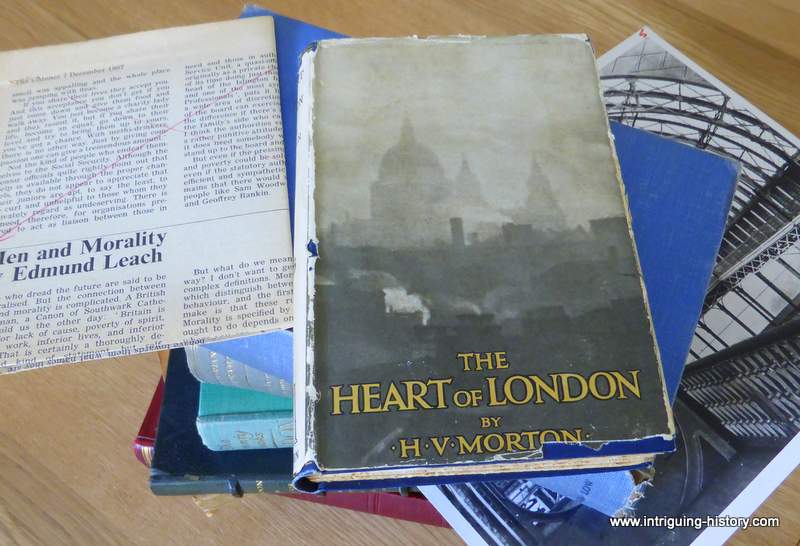 Part of the collection of London books

There were maybe fifty books on the shelves of the shop, an eclectic mix of works, all related to London. I bought them all. Books that had been given to Colin Sorenson by friends and colleagues and inscribed to him, made it feel as if I had struck historic gold. Between the pages of each book I discovered yet more. There were neatly clipped newspaper articles on related subjects, as well as neatly clipped newspaper articles on unrelated articles or so I thought, until a note made in the margin by the original owner, revealed that intriguing connection that I had failed to see.

Black and white photographs of Crystal Palace fell out of a book on the same subject, its pages filled with scribbled notes in the margins and under linings penciled throughout. The preparations for a talk or an essay. Colin Sorensen’s obituary in the Guardian reveals that, in 1936 he watched the sky above the Crystal Palace glow red as it burnt to the ground. Did his memory of this event stir him to create a piece on it and am I in possession of his own memories and ideas? I hope so.

Part of the collection consists of books about town planning and development in London, in particular in the docklands area. Again leafed in amongst pictures of a London landscape demolished in the 1950’s and 1960’s are hand written notes, often exclamations, such as;

‘Walked through this street many times but took no photos’

Again his obituary tells us that Colin Sorensen, whilst living in Stepney, discovered the semi-derelict Pavillion theatre in Whitechapel, and apparently had the foresight to produce an in-depth photographic record of the building. Alas I have not been able to track this down on the internet, so more research needed. 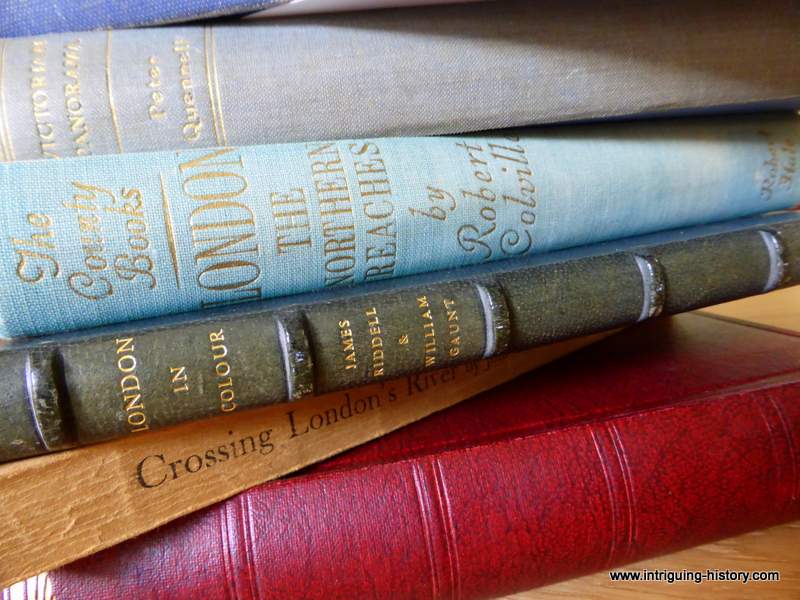 In doing so he made the subject so much more accessible to the public. It’s him we have to thank for story boards in museums, rather than objects with tiny labels, pinned behind glass and with no context. Some of the books are obscure short print run books containing maybe, that one exquisite nugget of forgotten history. One of these books is ‘Grandfathers London’ by O. J Morris, published in 1961. It’s a fascinating collection of photographs of Greenwich streets and characters, each of which is accompanied by a descriptive narrative. The photographs, taken in 1885, were a series of carefully staged pictures, showing the fascinating street life at the time. The proof prints were apparently saved from a dustbin and somehow, were restored and presented in this book by Greenwich Borough Council and Chief Librarian David Leggatt.

Again many of these are marked up in pencil with question marks and exclamation marks, where they make reference to things that no longer endure. One particular passage describes the underground and obviously caused some excited interest from the reader, given the number of exclamations added to the page. Written by William Hardman, a 19th century lawyer, contemporary and associate of Charles Dickens and writer of articles to the periodicals. Of Dickens he said;

Tough words indeed but about the underground he wrote;

Yesterday Mary Anne and I made our first trip down the ‘drain’. We walked to the Edgeware Road and took first class tickets for Kings Cross (6d each). We experienced no disagreeable odour, beyond the smell common to tunnels. The carriages hold ten persons, with divided seats and are lighted by gas, two lights, they are also so lofty that a six footer may stand erect with his hat on. Trains run every 15 minutes from six in the morning till twelve at night (with some slight variation) and about 30,000 are conveyed on the line daily; shares have risen and there is a prospect of a large dividend.

It is a privilege to have a few books on my shelves that belonged to Colin Sorensen, so thanks to my sharp eyed sister in spotting them and realising their historic value, to me at least. I shall be reading and thinking about all they contain, for many years, just as Colin Sorensen did and maybe adding a few notes of my own on the way. 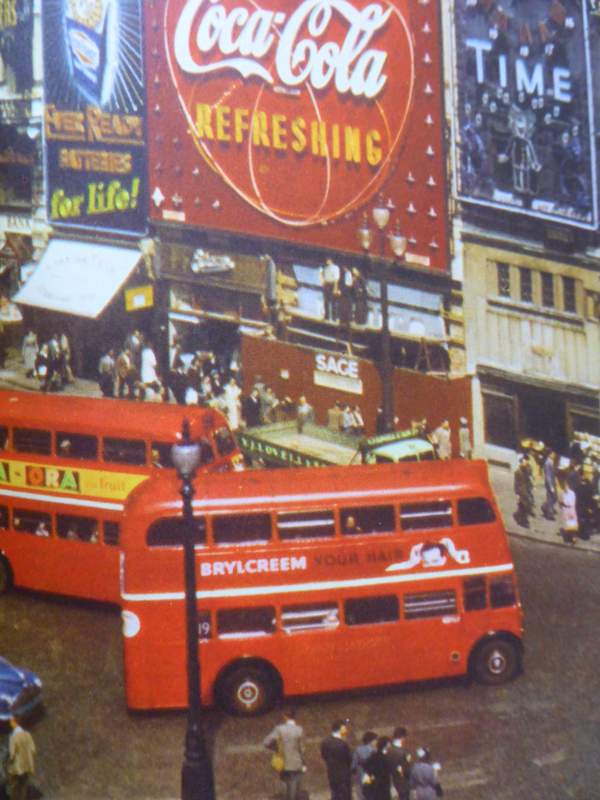