Hadrian’s Wall once a frontier, now a long distance footpath. It is a massively impressive structure but what was its purpose?

The Roman’s initial forays into Britain found a land controlled by many disparate Celtic tribes who were gathered loosely under the control of the Catevellauni. They fought hard but were ultimately defeated by the Romans who settled themselves in to occupy Britain.

It was a gradual occupation and the Romans and the Celts existed together in a largely non aggressive alliance. The major military invasion came in 43 AD when Aulus Plautius and 24,000 soldiers arrived to take military control.

In Rome, Emperor Vespasian demanded that the north and the area that is now Scotland should be brought under Roman control. Julius Agricola the governor of Britain was tasked with subduing the northern clans and this he did with success, until he faced the Caledonians in the Highlands. Although thousands of Caledonians were killed, those that escaped death, fled into the Highlands and re-formed, maintaining their fierce independence.

The building of Hadrian’s Wall

In 117 AD, Hadrian had become Emperor of Rome, he recognized that further expansion into the northern lands of Britain was unlikely and his effort was directed towards defending what he already had. His concerns, probably quite rightly lay in containing the barbarians in the north and ordered a wall to be built across the country, from the Solway Firth in the west to the River Tyne in the east.

The wall extends for approximately 73 miles and took about six years to complete. It is irregular in construction made of earth and stone, it varies in width along its course and has forts and watch towers at regular intervals. The soldiers who manned the wall needed places to sleep, eat, pray and play and so along its length are the ‘towns’ needed to support these functions. 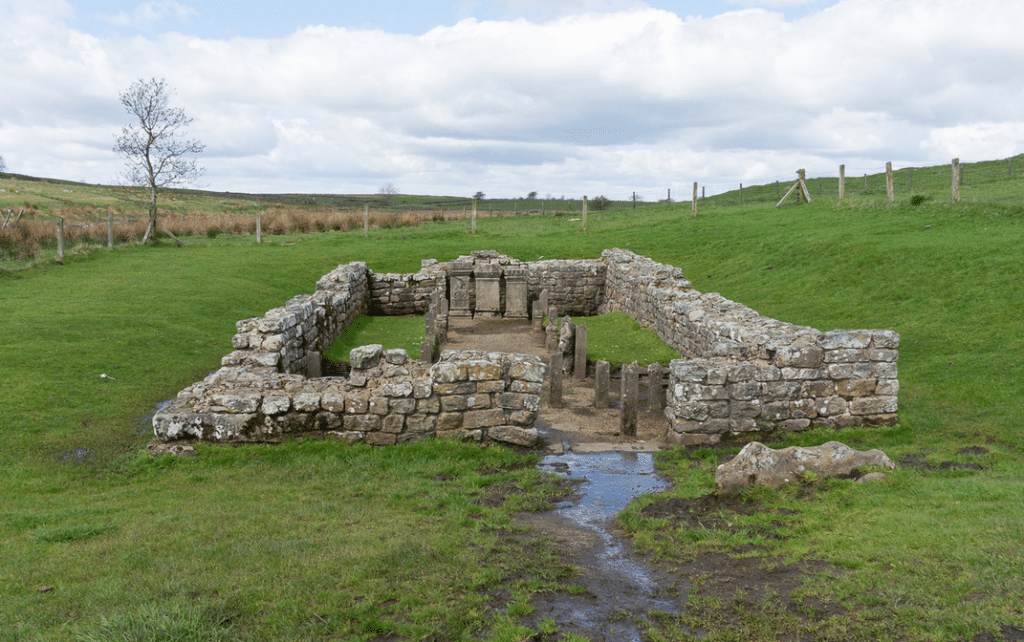 Temple of Mithras near the Brocolitia Fort

It seems a super structure just to keep the barbarians out, so what else might its purpose have been?

From the wall the Romans would have been able to watch the passage of people and goods across the border and presumably take taxes from them. Such a structure would also have sent a very big message to people on both sides of its right to rule, a show of its dominance. The idea of why build a wall? Because we can might be a Roman reply. You can find out more about Hadrian’s Wall now a UNESCO site, here.

There is another wall, north of Hadrian’s Wall, called the Antonine Wall. It was a large turf rampart with a deep and wide ditch to the front. Like Hadrian’s wall it had military forts and watch towers along its length. Its purpose was most likely similar to Hadrian’s wall but the building of it must have been both an immense undertaking and achievement. It was the last of the linear frontiers to be built by the Romans and was only occupied for about a generation before being abandoned in about 160 AD. 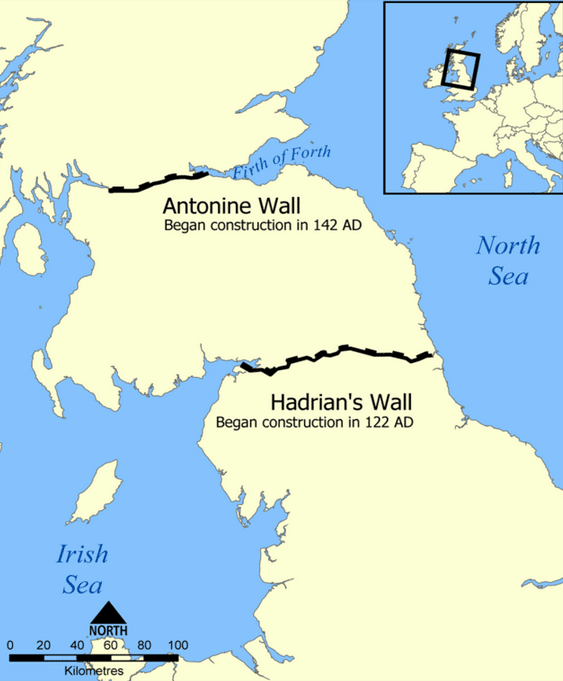