The Goldsmiths Company of the City of London

The Goldsmiths Company is as ancient as any in the City of London, i’s lineage dates back to the year 1180, when it was a guild which could exist without the licence from the king. At first it was a voluntary association composed of goldsmiths. Its objectives, to protect the craft of goldsmiths and to prevent fraudulent workers and as in the other guilds, to provide religious and social purposes for the poorer members.

The Goldsmiths Company and St Dunstan

The company had a chapel in St Paul’s Cathedral and St Dunstan, the metal worker, was their patron saint. The early English goldsmiths were very skillful and of course important to the kings of England. King Edward I issued a statute in 1300 which provided for the standards of gold and silver and enacted that all articles of those metals had to be assayed by the ‘wardens of the craft’, to whom certain powers of search were also given.

King Edward III granted the company their first charter in 1327. This allowed them to elect honest, lawful and sufficient men, best skilled in their craft, to inquire of matters of complaint and to punish offenders. It also said where this trade should be carried out. All those of the Goldsmiths trade should sit in their shops of the High Street of Cheapside and that no silver or plate, nor vessel of gold or silver ought to be sold in the City of London except at the King’s Exchange or in the street of Cheapside amongst the goldsmiths. This was to reduce trade in fraudulent silver and gold, stolen or imported illegally into the country and melted down to produce plate. 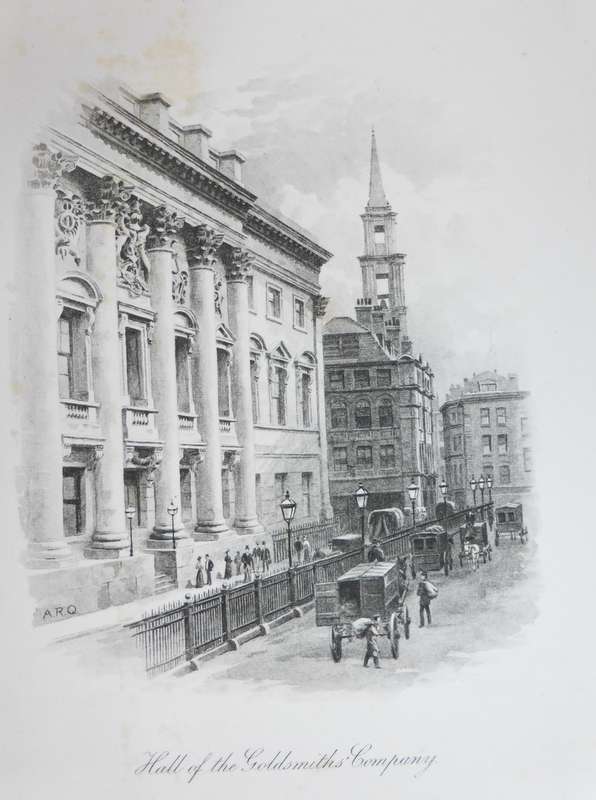 Where in London did the goldsmiths work?

Cheapside was the main thoroughfare, though they plied their trade in many obscure twisting turning lanes amongst Lombard Street, Old Change, Silver Street, Goldsmiths Street. The precincts of the monastery became a favourite haunt, with their privilege of sanctuary.

There were many who became brilliantly skilled at producing fraudulent pieces. They became skilled at covering tin so carefully that it could barely be distinguished from fine silver into which they set coloured glass, cleverly counterfeiting genuine jewels. Many were happy to buy such jewels and pass them off as the real thing. 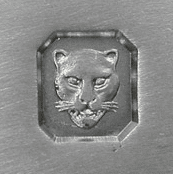 They fined workmen for making sub standard wares, entered their shops, searched and seized false wares, settled disputes between masters and apprentices and handed out punishments to rebellious apprentices. The Company and its members also acted as bankers and pawnbrokers. Foreign goldsmiths plied their trade and although efforts were made to exclude them, because of their skill they were allowed to remain and benefit the trade.

As with all these Guilds, their records shine a light into the past. In 1350, during the Black Death, the records show some charitable donations to the poor because all their wardens were dead. It describes their costumes when they met King Henry VI, cloth richly worked with the goldsmith’s mark. They mustered in large numbers to resist the Kentish men in the reign of King Richard III. Fifty six well armed men each supported by five men at arms and seventy three young men of the livery. They raised night watchmen for the city in times of trouble. 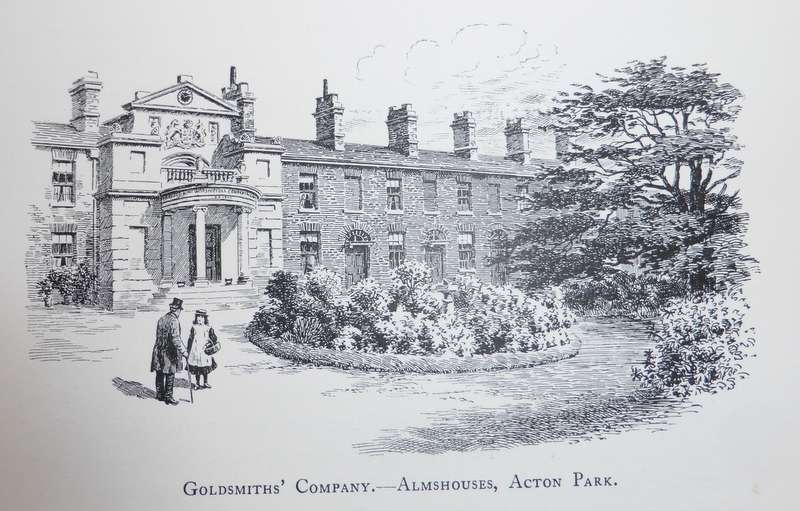 For 700 years the Goldsmiths have maintained the Assay Office for the purpose of assaying and marking plate. Every year the current coin of the realm is submitted to the Company for trial and since the time of  King Edward I to the present time the trial of the Pyx has been conducted by the company to ensure the nations currency is protected from the danger of a debased currency.

Distinguished members of the Goldsmiths Company

Many great people have been connected with the Goldsmiths Company, Sir Nicholas Faringdon, whose was mayor in 1308, Sir Martin Bowes, Master of the Mint in the reign of Queen Elizabeth I, Sir Hugh Middleton , the founder of the New River as well as many others.

As with the other Guilds, the Goldsmiths Company have helped their poor members with almshouses, schools and technical institutes. Their own hall has been replaced a number of times. During the Commonwealth, the Hall was used as the Exchequer and contained all the riches of the Royalists. The great fire of London reduced the Hall to ruins but not before their library of books had been removed to safety.

The Goldsmiths Hall website has a brilliant virtual tour of the Hall.