Founding of the East India Company 1600 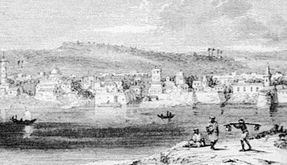 On 31st December 1600, Queen Elizabeth I, signed a Royal Charter for the founding of the East India Company

The first ships arrived in Surat in 1608.