What connects the pretty county of Dorset in the UK with Botany Bay in Australia?

On 18 January 1788 the First Fleet arrived at Botany Bay, which Joseph Banks had declared suitable for a penal colony after he returned from a journey there in 1770. In the 18th century, Britain had a problem of prison overcrowding. Many had been transported to America but the use of penal colonies in America had become something of a problem following the War of Independence. Joseph Banks, intrepid explorer and much else, had found a solution for the British government. He deemed that Botany Bay would be an ideal place to build a penal colony. No matter that it was the other end of the Earth, what better place?

The conditions inside British prisons had become insufferable and many of the poor souls who found themselves placed in these appalling places, had often committed an act as simple as stealing bread on which to feed themselves. The overcrowding meant many were transferred to the prison hulks lying off Portsmouth and Plymouth, to await transportation. Conditions within these hulks were not much better than in the prisons. 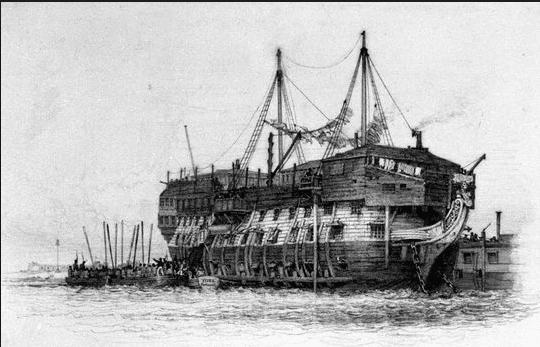 These poor prisoners, quite often chained together, would have walked from their gaols to the hulks on the coast. They walked from places such as Dorchester and Salisbury in Dorset, stopping overnight in barns.

To direct the guards, many of whom were illiterate, some sign posts on the route between gaol and barn were painted red. 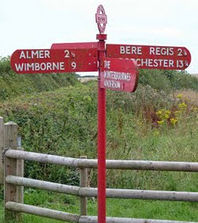 Many made an over night stop at a farm, named ‘Botany Bay Farm’ in Bloxworth Dorset. See the tithe apportionment map of 1845 showing Botany Bay Farm
The prisoners, placed on the hulk at Portsmouth, then awaited their fate,  they would been put on transportation ships bound for Botany Bay, so named by the botanist and explorer Joseph Banks, whilst on a voyage with Captain Cook. 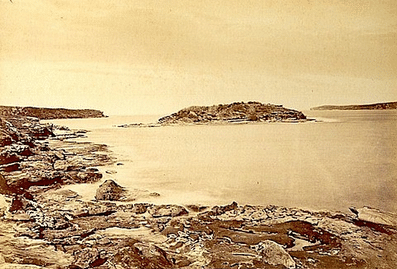 Was anyone in your family convicted and transported? Might they have made that long walk to Portsmouth, passing those red posts. Such a long journey from those red posts of Dorset to Botany Bay.