When you become aware of connections between people, that seem, on the face of it, obscure, it might just be that the subject is more complicated than it seems at first. Much social activism occurred in the Victorian period and many of the social reformers were women. Florence Nightingale was one of these women, known for her heroic efforts during the Crimean War, she was a highly significant figure in Victorian public life, far more embroiled in influential and political circles than possibly imagined. 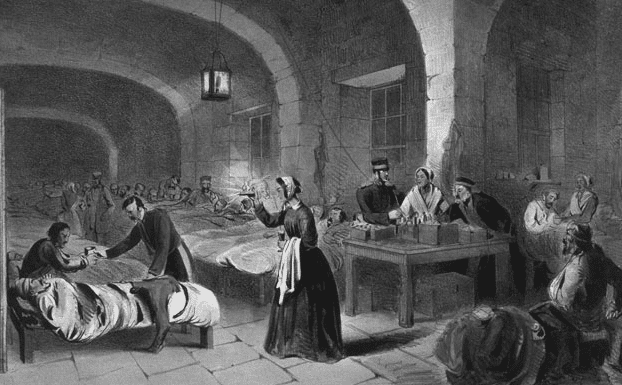 Only part of Florence Nightingale’s Life

Stereotypical views of Florence Nightingale, as the nurse with the lamp, limit our view of the enormous influence she brought to bear, would Dickens novels have been as powerful and enduring without Nightingales influence? Probably not.
Would the sanitation and health reforms fought for so passionately  by Nightingale have had the support of the British public, had she not adopted the narrative style of  her friends such as Dickens? Probably not.
The literary culture pervaded many areas of Victorian society and had a mighty hand in reform and change
Look for more insights and intriguing connections between people who brought such influence and change to the lives of the people in your family history
Read Charles Dickens novel Bleak House for a very moving insight into female social reform in the guise of Mrs Jellyby