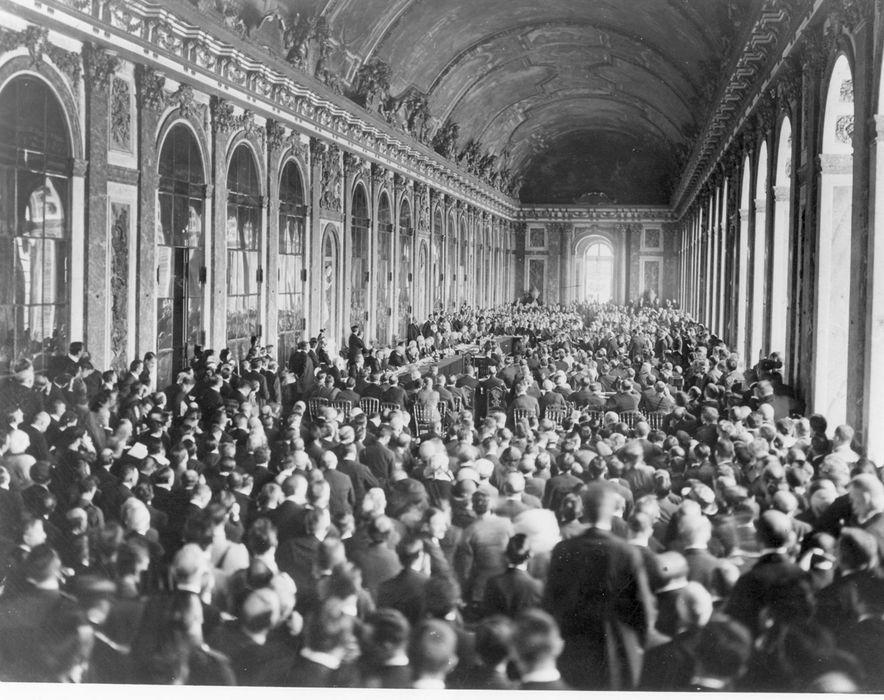 Was the Paris Peace Conference and four months of wrangling amongst the Allies robbing Germany of its Empire a key document that impacts on British Appeasement Policy in 1938 1939 and was it also a major factor in the problems that led to WW2? In full knowledge of its content is Chamberlain all too aware of its implications and seeks to appease Germany’s imperialist pretensions because of it, or in spite of it. Before we judge Chamberlain should we not take a long hard look at Britain in the ‘interwar years’ and how these outcomes constrain the options available as Baldwin resigns and Chamberlain picks-up the poison chalice.

Did your ancestors take up arms against the French in Canada?