‘Let the dead bury their own dead’

(Matthew 8:22; Luke 9:60) , so was the response given by Jesus when his disciples asked for leave of absence to bury their fathers.

This is often taken as a harsh response and exactly what Jesus meant by it has been mulled over by scholars for hundreds of years. 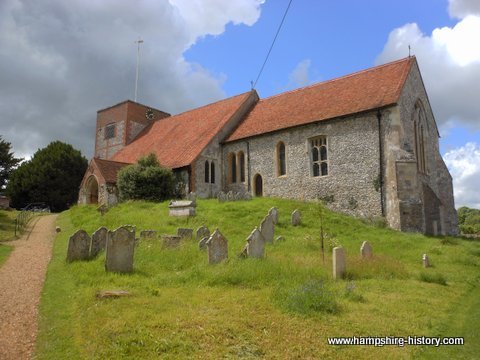 Burial of the dead has been at the heart of what intrinsically makes us human and the customs and practices of human burial are as many and varied as any aspect of human life but yet there are common threads running through the different rituals.

Pagan burial-places, were places sacred and set apart  and early Christians, when they inherited the guardianship of the dead, chose to erect their first places of worship on these pagan sites. Sites considered by their forebears to be sacred, were respected and many of the UK’s churches stand on the sites of Roman and Briton places of worship.

Once Christianity had taken root in the British Isles cemeteries and churchyards came under the control of the Church. The clergy depended upon the fees charged for burial and ensured that burials were conducted with reverence and decency. The clergy also had another responsibility often overlooked, they had to satisfy themselves that the body brought for burial had not been the victim of foul play. Such a responsibility.

The church takes responsibility for the care of the remains to ensure no harm comes to them, holding them for the day of Resurrection. Thus disturbing the dead has always been considered an abominable act and even in the most lawless of times, interfering with burial grounds is an act considered  capable of incurring terrifying retribution.

In early Christian burials, old pagan barrows were used to bury the dead as people shifted beliefs slowly from Paganism to Christianity. This is reflected in the fact that it was not till the ninth century that the consecration of cemeteries became customary.

So how did Christian burial grounds develop? 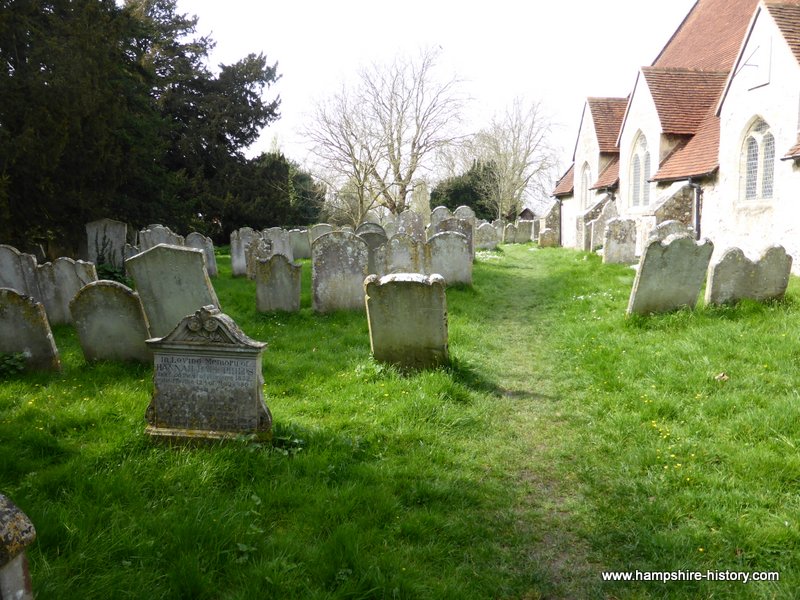 In ancient times, burials had always taken place in the fields outside the walls of the cities and towns. Before the advent of Christianity, it was not lawful to bury the dead within a city, possibly concerns for health and preserving a clean water system were the reason. In the year 752AD, Saint Cuthbert obtained leave of the Pope to have churchyards added to the church, as places suitable for the burial of the dead and for that ground to be consecrated. Consecrated ground means any place or space that has been liturgically blessed, the bishop walks the boundaries of the cemetery, saying prayers to cast out evil.

This is a very interesting and important event.

Consecration necessitated a definite boundary being fixed for the enclosure of the graves, and in many instances, it was insisted that consecrated ground should be isolated by walls or other means, and that the ground should be cared for.

In 1267, Bishop Quevil, of Exeter, ordered that all cemeteries in his diocese should be securely enclosed, and that no animal should be allowed to graze on the grass which grew there.

Some of the earliest churchyards are found in the grounds of monasteries.

The dead of the monastic order were held close to the order of their brothers. This then tipped into the wider community, the higher up the class structure you were or the more worthy you were, the more likely you were to be invited to a burial in the church. Lesser mortals confined to the edges. 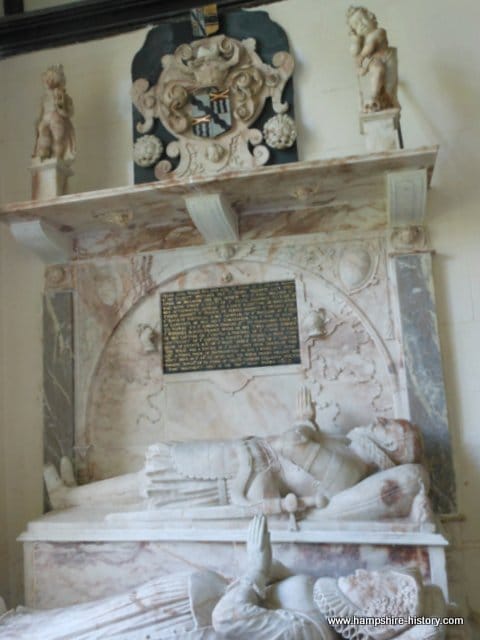 Many were unhappy with anyone being buried within the confines of the church itself, unless they were saints or martyrs and there were few of them around but the practice of burial within the church itself spilled out into the burials of great people from great families.

In 1348, Bishop Edyndon wrote “that the Catholic Church believes in the resurrection of the body of the dead. Sanctified by the reception of the Sacraments, it is consequently not buried in pagan places, but in specially consecrated cemeteries, or in churches, where with due reverence they are kept like the relics of the Saints, till the day of resurrection.”

In 1566, the “Assembly of Scotland” had prohibited burials within the church, with suspension from the church a penalty.

Who could not be buried in consecrated ground?

Cruelly, the church determined that it could refuse burial to these poor souls, unbaptized children, suicides and lunatics and the excommunicated. A great problem for a community if they had all been excommunicated.

How then, was the churchyard organised?

At the entrance to most churchyards will be found a roofed timber structure, known as a lychgate. The term is derived from old English”liche,” meaning a corpse, for here it was that the corpse rested whilst the first part of the burial service was read in the days when it was not thought to be a fitting thing for the church to be used for the purpose.

The churchyard itself was a meeting place for villagers and what might now be seen to be sacrilegious, was then considered to be an important part of honouring the dead, they were still a part of the community. Benches were placed near to graves so that the departed could still join in with the news of the day.

People were buried with their heads facing west and their feet facing east, this could very possibly reflect the pagan rituals to the sun.

After the reformation there was a marked change in how headstones were marked. They became mini biographies to the dead and instead of extolling others to pray for the soul of John Smith, they remarked upon his age, his family and his character.

By the time of the C18th, things were going badly for the church and its graveyards. Churches were frequently used as barns and for keeping animals in and the fabric of the church was lamentable.  In the churchyard, things were little better, they became overgrown and sometimes robbed out. Where in a churchyard you see iron pallisades around tombs, sealed with large stone slabs, this was intended to keep others out.

Graves were not dug deeply enough with the result that bodies were unearthed by animals and bones scattered. A sorry state of affairs for the hallowed ground.

North of the church

Walk to the north of many churches and very often there will be an absence of headstones. This land was sometimes left for the burial of those outcast from society such as murderers.

The underlying idea of this is that the Gospel was preached to call sinners to repentance. Hence the side from which the Gospel is read was delegated to those who were in greatest need of salvation and those so buried were said to be “out of sanctuary.”

How the body is placed in the ground

To place the corpse face downwards has a special significance. An old superstition has it that an infant buried in this manner,if a first-born child, will prevent any further additions to the family, it was also held to be a means of preventing trouble from a witch after death.

The separate burial of the heart from the body was once a common practice, particularly in relation to the funeral of kings and warriors.

In this country it was the custom for many generations to bury murderers at the crossroads, a practice which was not abolished till the year 1823, when an act was passed insisting that such should be buried in unconsecrated ground which was provided by law in all burial-places, the hours for such burial being specified as between nine and twelve at night.

Suicides were regarded with so great a horror, that even the passing of the body on its way to burial was a matter for special legislation.

Perpendicular burial is an interesting type of burial. Thought to have a space saving measure but who can say for sure?  Ben Johnson was buried in this manner in Westminster Abbey and in the church of All Saints East Meon Hampshire, four men were buried vertically, under a slab that read ‘Amens Aplenty’. 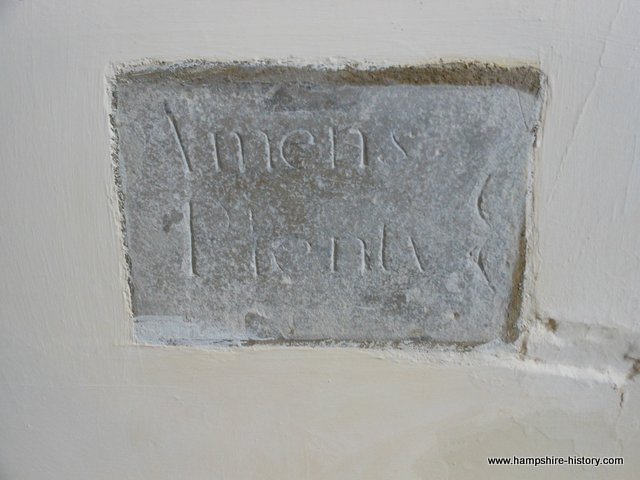 There is so much that can be learnt about a society from the manner in which it buries its dead and by the way, when Jesus said ‘Let the dead bury their own dead’, it is thought that it refers to the second burying of the Jewish dead which takes place after the body has decomposed and the bones of the departed are placed in  chests known as ossuaries. The whole process of mourning, from first burial through to second can take anything from weeks to months. Quite why the rebuke was delivered so forcefully is still not fully understood but serves to show that the process of burial has always been held as being something that defines humankind.