Insolvency and Bankruptcy in C19th

Jan 15, 2012 / Comments Off on Insolvency and Bankruptcy in C19th
This entry is part 1 of 1 in the series Family History
Family History

Many of us are surprised to read that our ancestors were in any way associated with insolvency or bankruptcy.

It was far more common that we possibly suspect for our ancestors to have become insolvent or bankrupt in the 19th century. The poor laws as they existed might have kept the poor at subsistence level but what happened if your ancestor ran a business? What happened when lines of credit ran out? How did society deal with those who owed money?

Insolvents and bankrupts appear occasionally in everyone’s family history and sometimes an ancestor appears in a debtors prison.

When debts could not be paid back, people became insolvent debtors or they were made bankrupt

In the case of bankruptcy, the entire debt is written off, all be it that the bankrupt person is no longer allowed to manage their affairs. The insolvent debtor is still responsible for the debt and in prison and that led to many people passing themselves off as traders to become bankrupt. 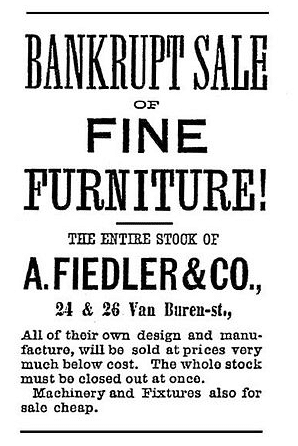 There are several useful resources to use to find out more about insolvency and bankruptcy in the past.

One of the best places to start your search is within the pages of ‘The Gazette’. The London Gazette is described as the United Kingdom’s oldest continuously published newspaper and is the official newspaper of record for the United Kingdom. First published in 1665 in the reign of King Charles II, the newspaper published many insolvency and bankruptcy notices. Not necessarily the easiest search in the world, it is however free. Carry out a search and select one of the results to view the original page of the Gazette in a pdf format. You can then save it to your computer.

Local newspapers will carry the news of your ancestors insolvency, for a fee you can trawl the British Newspaper Archive (there is a free trial available)

Find out if any of your ancestors became bankrupt or insolvent by using the excellent National Archive guide .