Dec 29, 2011 / Comments Off on Industrial Revolution source of enlightenment

The Industrial Revolution, was it a source of enlightenment?

The Industrial Revolution is a term we use to describe one of the most studied but one of the most complicated periods of social and technological change ever. The complexity of the subject comes about because it is so difficult to nail down a beginning or an end to it or to decide on the mechanism for its advancement. Did it happen all at once or was it a drawn out affair, was there a moment when it was recognized that Britain and the world were in the whirl of a revolution?

Other deeper questions perhaps that need to be considered are those that question why it began, were the origins of the Industrial Revolution formed out of British Imperialism, did our empire generate markets, did slavery build the fortunes needed for industrial expansion? Did the 17th and 18th centuries and the period of Enlightenment pave the way for the Industrial Revolution or was it an inevitable process?

Was the Industrial Revolution created out of the Enlightenment period?

Marked change in the prosperity of many during the 17th century was born out of Britain’s control of the high seas and the trade routes. There were those who had a surplus of money in their pockets and a desire to differentiate themselves from others by means of possessions. Clothes, jewels, books, furniture became a means to ‘show off’ their wealth. Fashion was born and everyone, from the apprentice to the lord wanted to show that they had a sense of it. The desire for clothes made from fabrics other than home spun wool was creating an engine for industrial change, the textile industries were the early adopters of the changes that would roll out the Industrial Revolution, so yes in one very real sense, the exploring adventures of the Enlightenment period created a society in which demand for goods existed and once the ball was rolling it quickly gathered momentum. 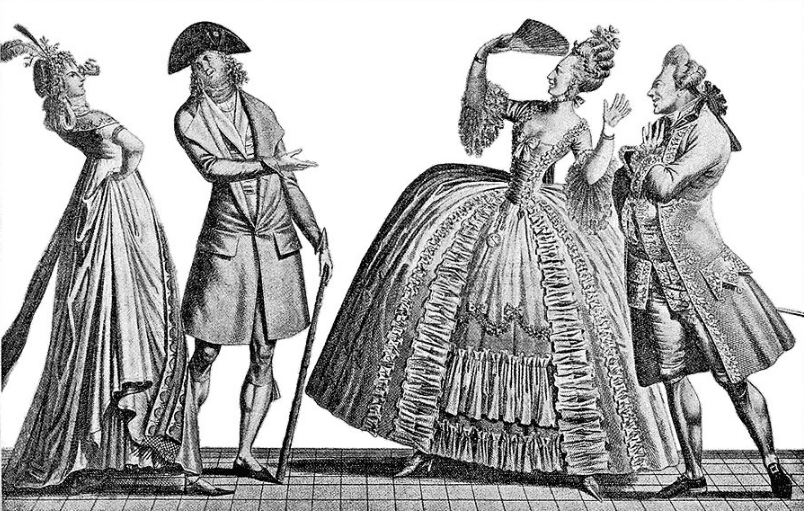 New foods, drinks and tobacco replaced what had gone before and the people enjoyed them but they needed to be paid for and so changes in working patterns in society started to emerge. People worked longer hours, woman went out to work more than they had previously, there was more mobility in the work force and one factor often overlooked was the literacy of the English people. They were some of the most literate people in the world, they had laws and a government to keep order, was this the canvas readied for creating the Industrial Revolution?

Was the Industrial Revolution a source of Enlightenment itself?

It brought together new thinkers and many of these new thinkers were ordinary people who would achieve extraordinary things. 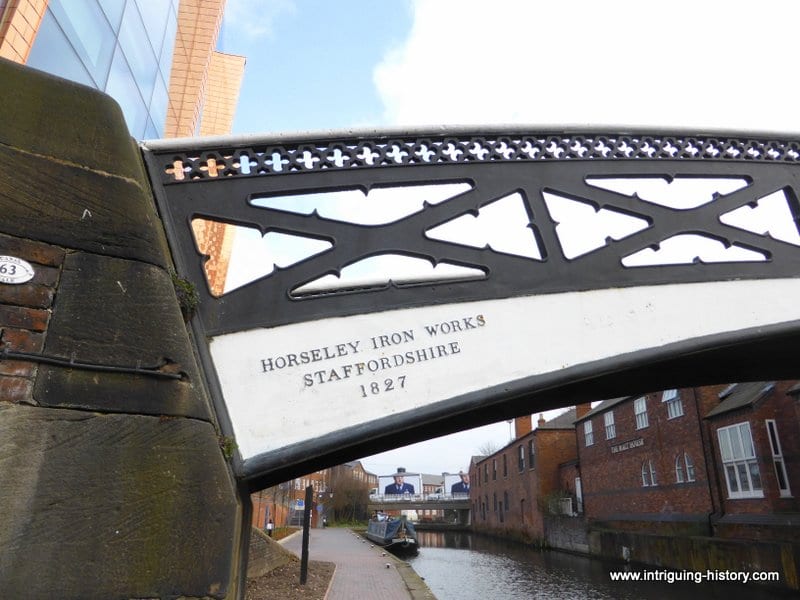 Canals and railways added to the rapid development of Birmingham.

As the tenacious inventors, engineers and industrial entrepreneurs emerged they had a major impact on the development of a new class where position was established via commercial advancement rather than breeding and the earning or building of a fortune, through their or others labours attracted admiration. In principal this should have been a good thing and it was except for the backs they broke of those they stood on in their scramble to the top of the pile. They had the industrial side sorted what they failed to do was to consider the social impact of their rise.

Not everyone thought this industrial revolution was a good thing, there were those who saw it as a corrupting influence, that whilst it raised some out of poverty and slavery, others were manacled to the industrial economy, exploited and led down paths of greed and desire. Woman and children were employed in ways never before seen. The industrial cities offered not a chance to rise above poverty but rather they harboured it. Standards of health, hygiene and literacy fell dramatically as population figures rose. More babies were born but more died in infancy. Did this very situation though lead to the emergence of people and societies who saw an overriding urgent need to do something about the exploited working class? Did industrial revolution spur the emergence of charitable and educational foundations who would try and lift people clear of the poverty they were immersed in? Was Wilberforce’s ‘Bettering Society’ the real enlightenment? 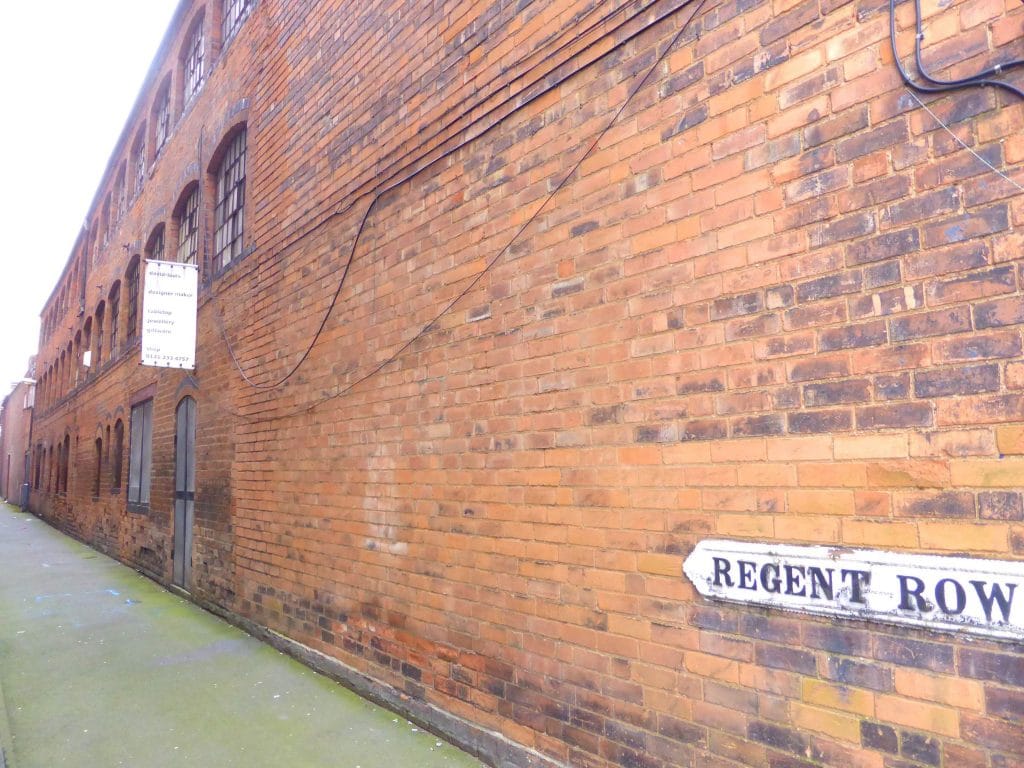 Industries poured into the ‘Workshop of the World’.

Durkheim – ‘The Division of Labour’ and Marx plus others, largely blamed the alienation of man from the product of his labours as the source of great and substantial social unrest.  Conditions for workers did not improve, they got worse, where were the enlightened thinkers who would consider the immense pressure placed upon the poorest members of society? They arrived eventually, in the form of social reformers but the price paid by ordinary folks for commercial gain of individuals was immensely high.

So what great cultural gains were made in cities like Birmingham where the Industrial Revolution wrought such change?

The boom in industry and commerce grew apace throughout the period. Such was the extent of it’s industrial trades it was known as the Workshop of the World. People poured into the city desperate to profit from it’s status. There was little to offer them in terms of housing so a major building programme was begun cramming cheap back to back houses onto tiny plots and creating filthy slums for the workers to live in. The existence of such misery drew the attentions of the social reformers, those with a social conscious and change began to take place. Victorian slum clearance began during this century, as well as the provision of public services such as water, sewerage, education, libraries and open spaces. There was an understanding that the cost to peoples health and well being was too much to pay. Ironically the increased knowledge brought by the industrial revolution allowed sewage systems to be built and piped water was available to those who could afford it. The physical health of the people was improved and attention was turned to their mental health. Many public buildings were built, new churches, libraries, schools and open parks were created. New civic buildings were developed, the Town Hall opened in 1834, the Birmingham & Midland Institute in 1857 the Central Library in 1865, the Council House 1879, Mason Science College 1880 and the Museum & Art Gallery 1885. But was this really enlightenment? The city was full to the brim with industrial processes and the workers still largely lived in slum conditions working incredibly hard to be able to put bread on the table. The wealthy might have thought they were living through a period of enlightenment but it is very doubtful that the poor man did.

As late as 1901 the Birmingham Daily Gazette wrote a series of articles about the poor in the city and a more unenlightened description would be hard to find.

The air is heavy with a sooty smoke and with acid vapours, and here it is that the poor live and wither away and die. How do they live? Look at the houses, the alleys, the courts, the ill-lit, ill-paved, walled-in squares, with last night’s rain still trickling down from the roofs and making pools in the ill-sluiced yards.
Look at the begrimed windows, the broken glass, the apertures stopped with yellow paper or filthy rags; glance in at the rooms where large families eat and sleep every day and every night, amid rags and vermin, within dank and mildewed walls from which the blistered paper is drooping, or the bit of discoloration called ‘paint’ is peeling away.
Here you can veritably taste the pestilential air, stagnant and mephitic, which finds no outlet in the prison-like houses of the courts; and yet here, where there is breathing space for so few, the many are herded together, and overcrowding is the rule, not the exception. The poor have nowhere else to go.

There are several ways to view the impact of the Industrial Revolution, it was an enlightened period but the shadows it through up were long and deep and much suffering was endured by the poor. Yes, social reform came out of it but the cost to many was their life and that’s quite a price to pay.