Jan 5, 2012 / Comments Off on State Intervention escalates in Victorian Britain

The Industrial Revolution and the explosion in population that accompanied it brought hitherto unseen problems for the country, mainly ones of crippling poverty, unsanitary conditions and unregulated factories, prisons and schools. 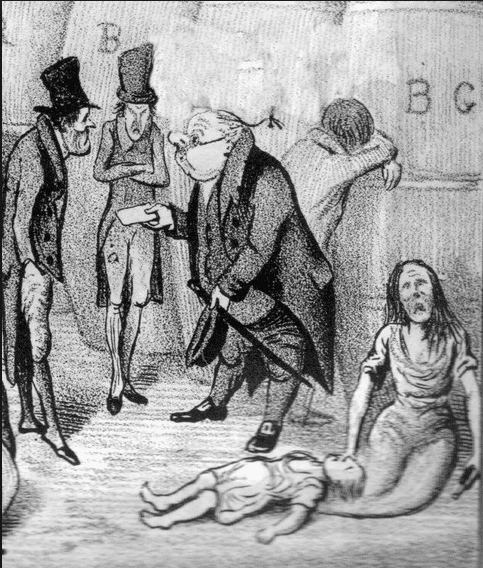 This intervention was spurred on by a flood of information coming from newly formed government bodies such as the Royal Commission of Enquiry, the census data, birth, marriage and death information and inspectors of all kinds.

The major measures of reform came in four areas

Parliament itself could only enact social reform if it were prepared to reform itself. It did because it feared revolution but many of the measures on social, educational and workers reforms took decades to come.

Some leaders and Prime Ministers embraced reform, others did not, where there was industrial revolution might there not also come a people’s revolution? Yes educate the poor but be careful they don’t become so educated they rise above their station.

Control of the ordinary people might stave off the ideas of change and revolution, so more layers of bureaucracy were added. Who knew where the consequences of the industrial revolution might end?