Oct 30, 2014 / Comments Off on Halloween Pagan or Christian Celebration?

Isn’t it funny how so many of the world’s festivals and celebrations get claimed and adopted by various different groups? Pagans and Christians seem to squabble over whose idea it was first about many of the major celebrations and Halloween is one of them. 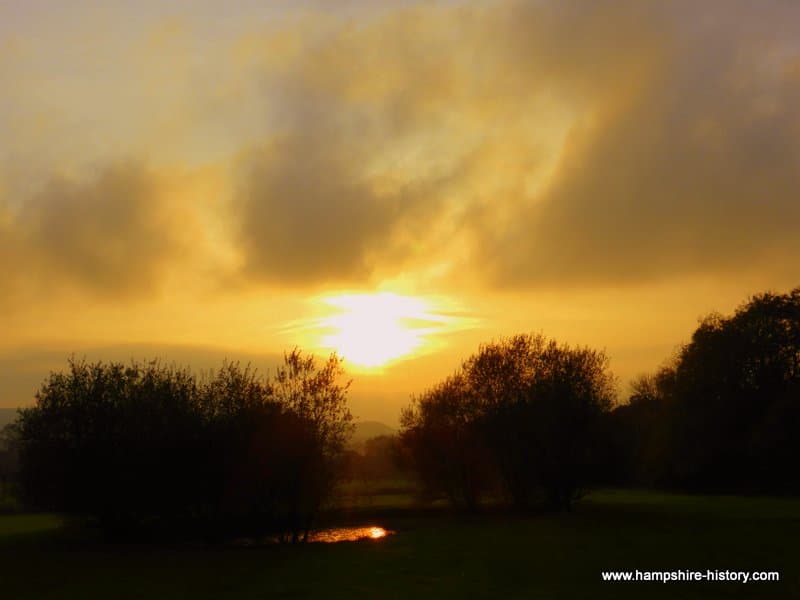 Losing the light at Halloween

It is difficult for us, from our electrified 21st century position, to quite grasp what it was like for our ancestors when the seasons turned and their lives were lived out in darkness. They moved from a position of plenty and light, the Spring and Summer when people thrived, became better nourished and therefore healthier. When the light made life safer, to the darkness, when the days and nights became colder, food more scarce, when conditions allowed diseases and infections to hasten death.

Straddling that time is the half light of Autumn, where September days can feel like leftover days of warm summer, October days have the smell and feel of a world decomposing.

Halloween sits plumb on this line between the light and dark.

In the UK the clocks get put back an hour and the accompanying sense of dread that many feel when light is extinguished in the late afternoon still exists, despite the glare from a billion light sources that clutter our world.

Sense then the trepidation and outright fear our ancestors must have felt with the onset of Winter. 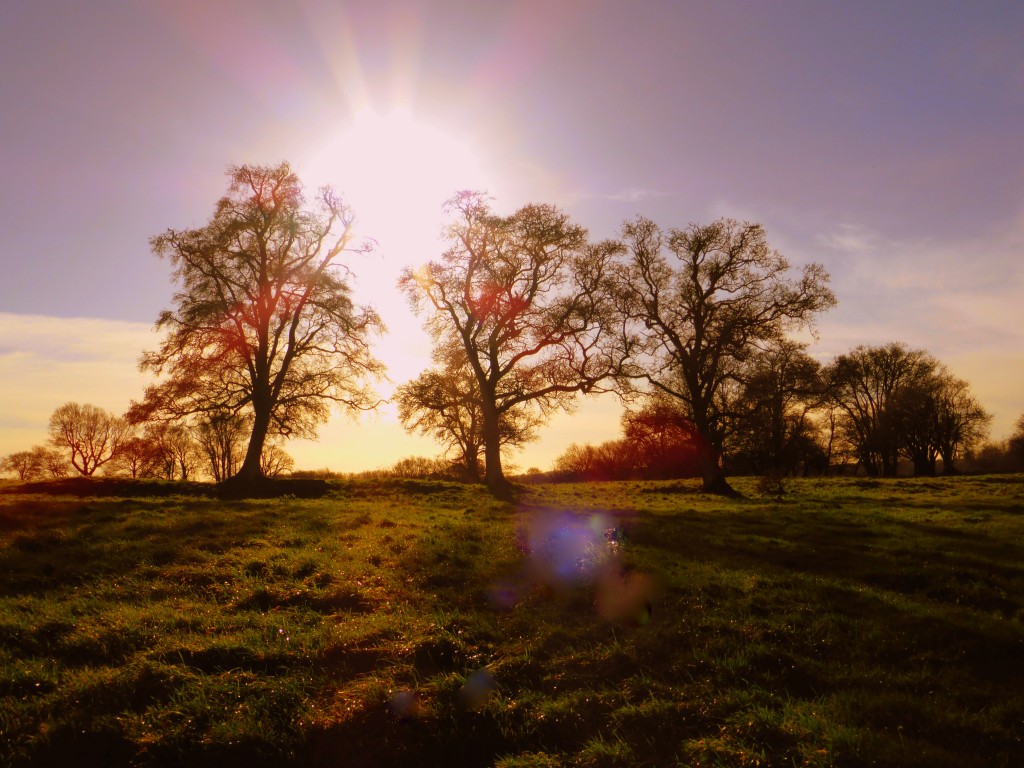 So we are probably all agreed it is an unsettling time and must have been thus for our ancestors way way back, even though the story of Halloween often begins with the Celts some 2,000 years ago in Northern Europe.

The Celtic new year started on November 1st in recognition of the passing from light to dark, from feast to famine, from life to death. They tried to make sense of this change in their world by seeing it as a time when two worlds merged for a short while, that of the living and that of the dead. On the eve of the New Year they held a celebration called Samhain, when they believed they were joined by the dead, who would walk amongst them that evening. The ritual of a sacred fire on which crops and animals would be sacrificed to placate the souls and seek their protection against the coming hard time of winter cold seems entirely laudible. The spirits also enabled the priests to predict the future and when it was so uncertain, again totally sensible. Costumes and noise and large bonfires must also have been comforting to a community beset by fear of the dark and menacing spirits who might play tricks with intent to unsettle and destroy. 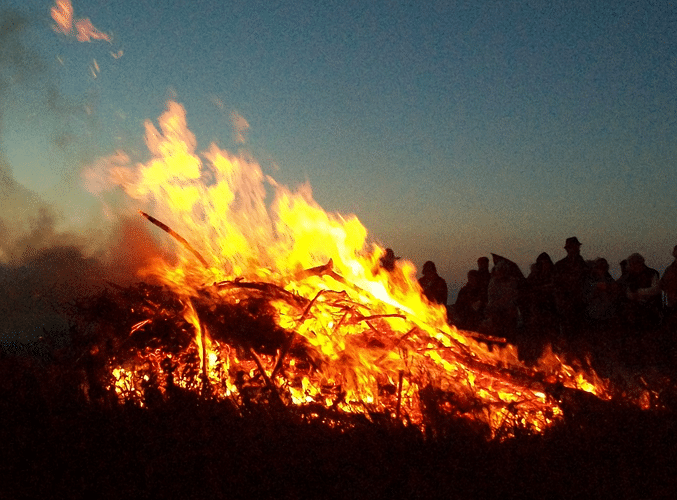 The Romans, arriving in Britain in 43AD, brought with them their own Autumn festivals and these over the four hundred years of their rule, merged with the Celts Samhain festival. They also had a tradition of honouring the dead with a late October celebration called Feralia. They also had a harvest type of celebration called Pomona to celebrate the harvest of fruits in particular the apple. 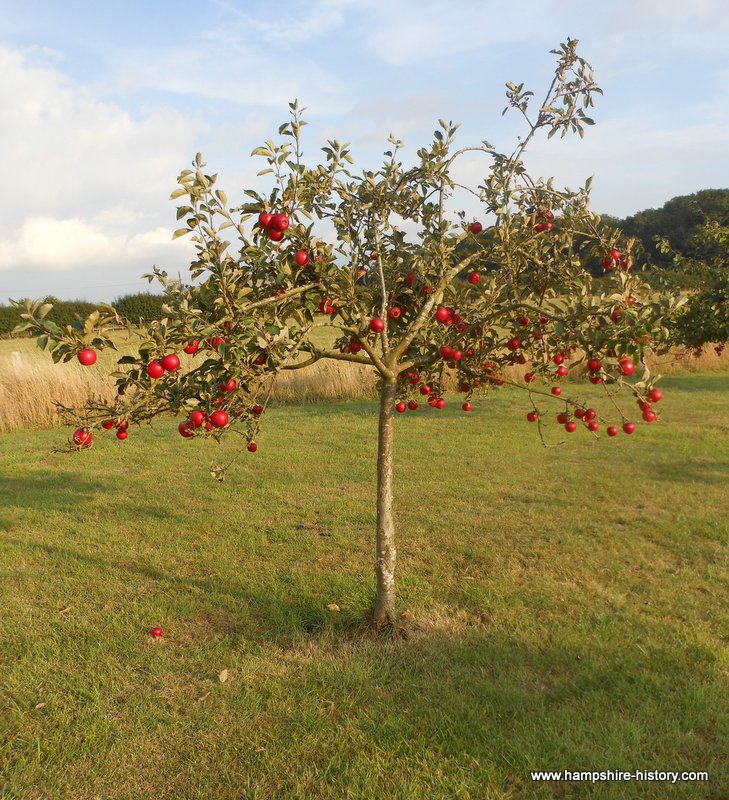 Apples are still associated with Halloween celebrations, as in the tradition of bobbing for apples.

The festival we now call Halloween evolved over hundreds of years, absorbing different rites and rituals formed around the core of light to dark, life to death.

As Christianity progressed through Europe it mingled and merged it’s own narrative with those of the Pagan communities it encountered. The Christian festival of All Saints or All Hallows emerged from All Martyrs day which was established in the Christian church by Pope Boniface IV in 609AD. This was a late Spring festival. Another Pope, Gregory III, decided a hundred or so years later to expand the festival to include all saints and he moved the date of the celebration to November 1st. Did he do this as a step towards placating troublesome Pagans in Northern Europe?

St. Odilo, around the turn of the millenium, added a celebration to the Christian calender, a day of prayer for the souls of the departed called All Souls Day. This celebration was led along the same lines as the Celtic festival of Samhain, lots of noise and fire and dressing up and a big welcome to the spirits that moved around them. 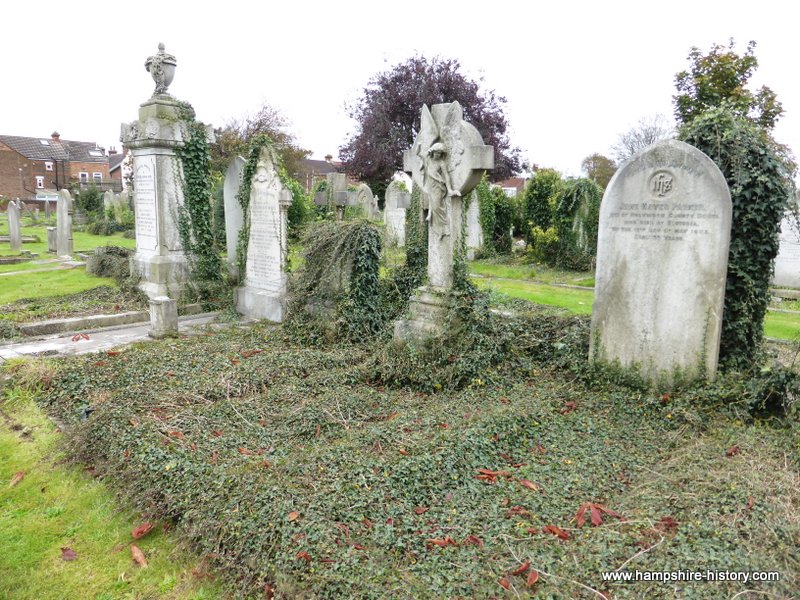 Some people celebrate All Souls day by lighting candles in the graveyards. In the UK this is not a tradition.

Samhain, All Saints, Alholowmesse, All Souls, All Hallows Even, All Hallows and Halloween. What does it mean to us now?

The festival today continues to evolve as society and the needs of society changes, in the First World, in our electrical cocoons and our lands of plenty, we are no longer so afraid of the dark or disease and starvation. Our need to placate or connect with our ancestors no longer seems so important so the festival evolves around children pretending to be spirits who need placating with sweets to avoid them ‘tricking’ us.

In many countries All Souls day is an important day where communities gather in church yards with candles, some laying out food and favourite objects on the graves of those departed.

Whatever the religion, whatever the country, whoever the people, the transition from light to dark has a primeval affect on us all. Happy Halloween.