Apr 23, 2012 / Comments Off on Chloroform For Anaesthesia

Using chloroform for anaesthesia – what a wonderful discovery.

‘Thank God for James Young Simpson’s discovery of Chloroform Anaesthesia in 1847’ says a plaque in his memory in Edinburgh and so say all of us.

By adjusting the dose, Simpson realised that he had found something that would relieve the suffering and misery felt by patients during medical procedures. 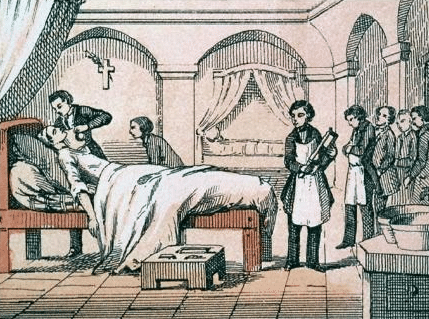 The impact of this incredible discovery should not be underestimated.

It is a miracle that Simpson did not die through chloroform overdose as he played with regulating the dose. His work set him on a distinguished career path and it stands as a testament to his discovery that his family were asked if they would like him to be buried at Westminster Abbey to honour his work. They declined and he was buried in Scotland.

100,000 people lined the route of his funeral procession and a national holiday was given in Scotland