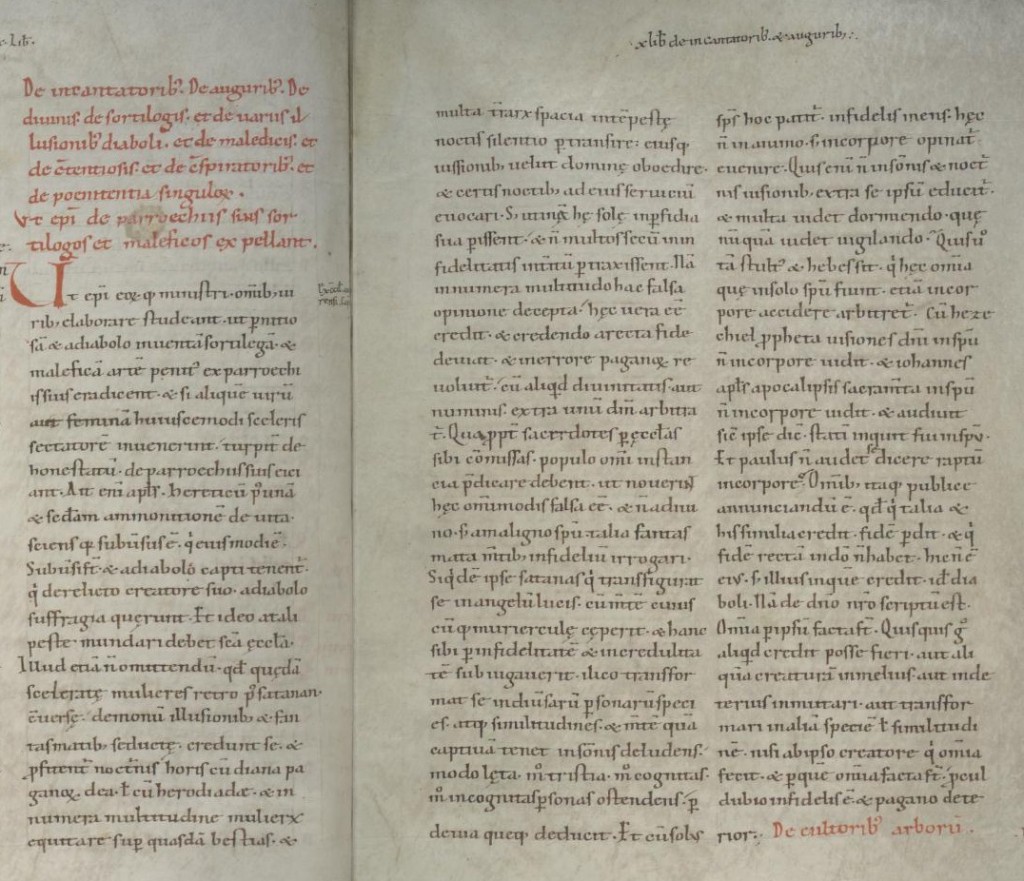 What is Canon Law?

Canon Law is the legal system of the Christian Church which originated from the rulings of the early Church councils and was formalised by the Papal bureaucracy from about the 12th Century. The word ‘Canon’ means rule. in Greek. The principles are derived from the law of the Roman Empire, which was also closely involved in the early development of the Church in the later part of the Roman Empire.

It is a different and arguably separate system of law from British Law but despite the best efforts of various British Monarchs and most notably by Henry VIII during the Reformation, despite all the politics and changes in control of the wealth and financial means of the Church in England the process that sort to replace it ” Reformatio Legum” did not succeed.

Henry VIII abolished the study of Canon Law in the universities ad henceforth it could only be operated by Civil law practitioners. Lawyers in the English university system  were not educated or able to implement the Canon Law.

In 1604  Archbishop Bancroft made a substantial revisions to suit the requirements of the Church of England but there were no further reforms in Canon Law until the 1950’s, which is quite extraordinary really, when Archbishop Geoffrey Fisher supervised a comprehensive set of revisions.

In respect of the rule of god, the Canon Law should be seen as the rules of the organised Church and not be the same as the law of the land, essentially Common Law or the Laws of God derived from the Christian texts, The 10 Commandments, the Bible (Old Testament) and the Decrees and Papal Bulls which greatly influenced the direction of and interpretation of Canon Law in Britiain up until and to some extent beyond the Establishment of the Church of England. It is arguable that whilst disputing the right of the Pope to set law that would bind the English nation and a King both Henry VIII and Elizabeth I despite persecuting Catholics held onto and subscribed to some aspect of Catholic practises themselves. But that is more to do with the age old debate as to whom the Monarch is accountable to and within the realms of Magna Carta and the centuries old debate as to whom an anointed King should be accountable to and whether no man was above the ‘law of the land’ and answerable to judgement by his peers. Conveniently British Monarchs which cite Canon law when it suited their own political needs but dispense with it also when it sought to constrain them too far. King John would not be the only Monarch to risk excommunication by the Pope.

Canon Law Contentions and Conflicts with both Statutory and Common Law

Throughout our history Kings and Queens have dallied with disputing God’s laws and those of the Church as bureaucracy itself and to whom the sovereign is actually accountable and even today whilst the Queen may not dispute Canon law its lack of synchronisation with both statutory and Common law can easily be observed. Here is a timely and current example.

In relation to contemporary matters referring to historic Canon law, look no further than the appointment of the first woman bishop in the Church of England which was Bishop Libby Lane on 26th January 2015. Even with modern technology the essence of Canon Law does not move swiftly forward on this very day this section is published in Section C of the Canon Law online.

1. No person shall be consecrated to the office of bishop by fewer than three bishops present together and joining in the act of consecration, of whom one shall be the archbishop of the province or a bishop appointed to act on his behalf.

2. The consecration of a bishop shall take place upon some Sunday or Holy Day, unless the archbishop, for urgent and weighty cause, shall appoint some other day.

3. No person shall be consecrated bishop except he shall be at least thirty years of age.

4. No person shall be refused consecration as bishop on the ground that he was born out of lawful wedlock.

5. Nothing in this Canon shall make it lawful for a woman to be consecrated to the office of bishop.

In the process of the Church of England’s ruling body, the General Synod we can only hope the revisions are in process and that at some point the Canon Law reflects the Common Law and that this blatant denial of equal rights for men and women is not something that is not gradually being resolved and will ultimately be reflected in the updating of the Canons. But this underlines a problem that persists through out history where religious law and practise is in conflict with the customs and formal legal system of a particular nation. There will be a series of terms about Religion and the Church in British history but in the history of our multicultural UK toay there is much we need to consider as we still have a state-sponsored established church that sits represented in the House of Lords by two Arch Bishops and a number of Bishops in the House of Lords. The challenges are great for the next Monarch will the next King remain the Supreme Governor of the Church of England and how can a British Parliament sponsor an English Church with a growing number of faiths followed by the voting poulation who elect the House of Commons. How will there be equality of representation for these other faith communities? We have struggle with the dilemma for centuries between Catholics and Protestants but with other major faiths and with 800 Years of Magna Carta can we see a Bishop Making way for another faith leader? There is little historic or legal precedent to suggest so but we wait to see, its taken a long time to ordain a Woman Bishop will it take as long to admit an Iman to representation in Parliament where we have yet to see a balanced representation of men and women take their rightful place in both Houses.

More Resources to find out more detail about the history of Canon Law:

← Who were the British Kings and Queens and what dates?