If you don't find what you are looking for here then jump into out Historic themes and Historic Periods timelines where you will discover a plethora of intriguing connections to the 15th century.

'All our knowledge has its origins in our perceptions'

The 15th century brought to the world, Leonardo da Vinci, one of the greatest geniuses of the Italian Renaissance. It was his direct observation of the world around him, that steered the world to a more enlightened way of looking at the world.

In Portugal navigation, exploration and mastery of the oceans dominated. The country looked outwards, towards Africa and explorers such as Henry the Navigator will encourage further exploration westwards. This will, as the century unfolds, lead to the founding of gold and slave routes. Trade became crucially important to the economy of fledgling European nations. At this time only England could probably call itself a nation, Germany, France, Italy and Spain had yet to form to become the countries we recognize today.

King Henry V inflicts a mighty blow to the superior French force at the Battle of Agincourt but France bit back when Joan of Arc, a farmers daughter, heard voices in her head telling her to go to the aid of the French Dauphin and Orleans. She defeated the English and returned to Paris triumphant. Joan was captured and the English turned her over to the Inquisition, calling her a witch. In the French town of Rouen, then under English rule, Joan is burned at the stake.

The Renaissance gains momentum in Italy

In Italy, the cultural movement known as the Renaissance is advancing. Florence is at the heart of the movement but other cities Rome, Milan and Venice also become hubs of activity. The Medici family come to dominate the politics and business of Tuscany.

The church in the 15th century

By the 15th century, the power of the all encompassing Roman Catholic church was dwindling. The popes were no longer held by the ordinary people as shining lights of Christian piety, they were seen as corrupt and turned away from any form of renewal in the church that might just have saved their superiority. The monastic and religious orders became richer and more powerful than ever before. Aristocratic families placed younger children with them and bought into the church this way. There was plenty of room for corruption. Reform of the church was an inevitable consequence. The movement of Reformation was born in the 15th century.

By the middle of the 15th Century, powerful families in England tear the nation apart as a dynastic war takes shape.

The War of the Roses set family against family and when all the dust had settled, a new dynasty emerges from the virtual destruction of the Plantagenets, Lancastrians and Yorkist factions, the Tudors emerge and a brilliant marriage  alliance is forged between the daughter of Edward IV and Henry VII (Tudor. in 1486)

Gutenberg built a printing press in 1439

The Gutenberg Bible is the first major book to be printed using a movable type printing press. Mass production of books is achievable for the first time. This is an immense development that has a massive impact on society in the following hundred years, spreading knowledge and sharing ideas. Caxton introduced the printing press in England in 1476. He would also be the first commercial printer of books in England.

Our 15th century chronology and timelines are being created and curated but already via each century page you can quickly locate our collections for each 100 years of history. These evolve as we explore topical themes, but if you are looking for something you can't see here then please feel free to contact us and request, Thanks for taking a look.

15th century depiction of Matilda and Henry (on the left) 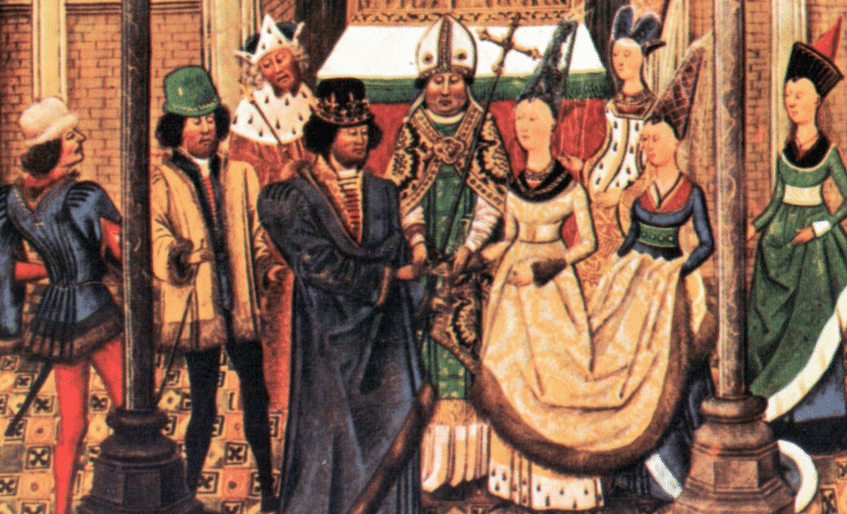 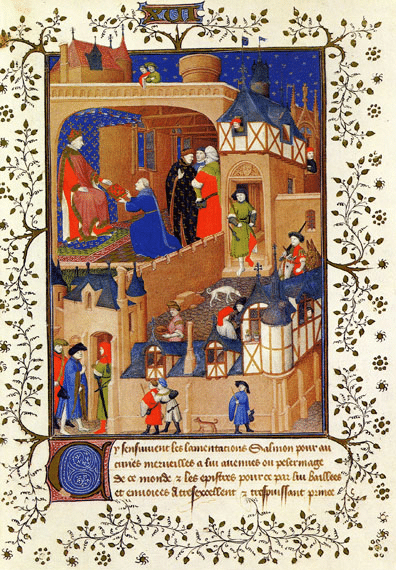