England as an Heptarchy

England as an Heptarchy, Henry of Huntingdon alludes for the first time in English written history to the concept of the Heptarchy. There were 7 kingdoms, that loosely existed with fluid borders and the gain and loss of territory and counter conquest meant the kingdoms changed leadership and dominance quite frequently. But it was the 7 kingdoms that would set the imprint for what would follow in the next 1300+ years.

The Kingdoms align with modern counties but they were much more than a county at the time and ruled by feudal families that fought within themselves as well as with the neighbouring kingdoms over control and succession. 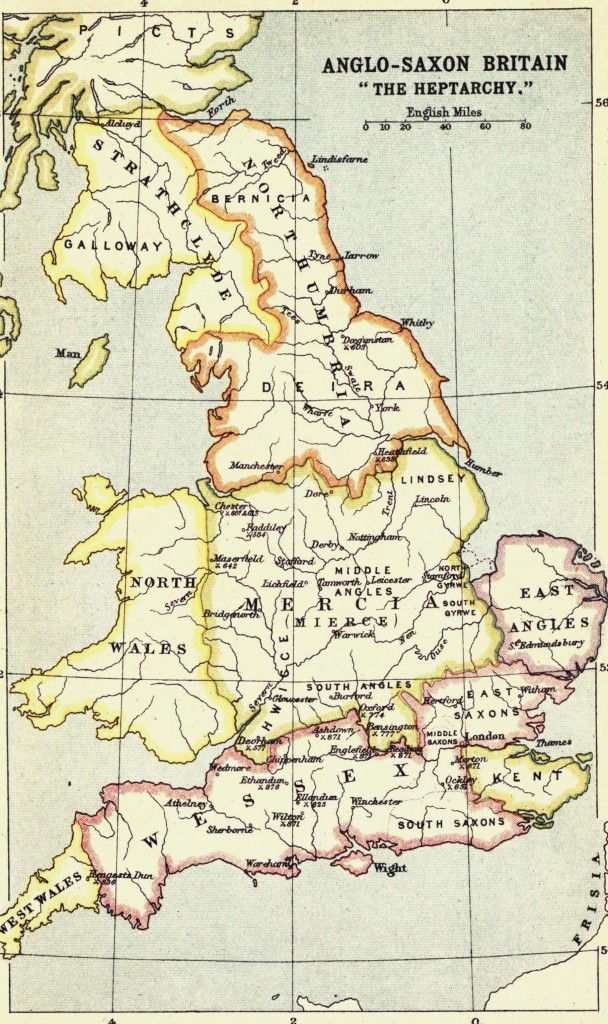 \england as an Heptarchy concept originally first expressed in written text by Henry of Huntingdon. He set th basis for the next 1300 years +

The 7 emerging kingdoms were;

These relatively large territories are thought to have evolved from competitive struggles among much smaller units. Whilst the Kingdoms started to take shape during the 7th century (600-699) it would take a further 200 years more for the unification of the 10th Century to take shape.

Did the Viking Invasions Invoke the unification of England?

Only Alfred had succeeded with the power of Wessex in keeping the Vikings at bay. By the 10th century this meant that only Wessex had survived the Danish incursions and dominance. All of England except for Wessex was under Danish rule the Heptarchy had become just 1 kingdom that resisted.  Under the Mercian Kings and the work of Bede the possibility of unification had become a possibility but it had not been achieved.

It was in the 880s when Alfred proclaimed himself King of all the English not under Danish dominion, this status became the cover under which his successors would similarly stake their claim.  Unity was far from certain, conditions remained very insecure it wasn’t 1st properly achieved under King Athelstan from 927. The resurgence of the Scandinavians of York temporarily overthrew English unification but it was subsequently reasserted. It was shared between Eadwig and Edgar for two years 957-959 and for a short time between Cnut and Ironside in 1016.  Even by the time of Edward the Confessor the King of the Angles and Saxons was used. whilst ENglish unification was evolving the border and boundary with the Kingdom of Scotland was not defined until the 13th Century.

Alfred used the oppression of the Vikings to justify politically the unification, from which Wessex and the House of Cerdic would benefit for some generations, to some extent the Vikings can be said to have at least created the circumstances that enabled a united front against them to be forged.